Evolution AB - The King of iGaming 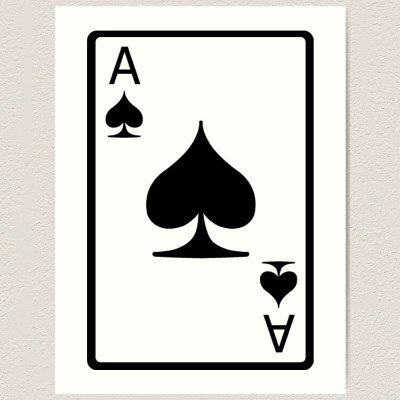 EVOLUTION: CLOSE TO FULL CAPACITY AND MARGIN CONTINUED HIGH - CEO
STOCKHOLM (Nyhetsbyrån Direkt) Evolution Gaming beat analysts’ marginal expectations for the eighth consecutive quarter. In the previous quarter, profitability was helped by fewer tables in operation, but now capacity has been shifted up again.
“The covid effect in the third quarter is significantly lower, now we are not operating fully but are starting to approach full capacity and we still see that the margin is at a good level,” CEO Martin Carlesund told Nyhetsbyrån Direkt after Thursday’s report for the third quarter.

During the pandemic outbreak, the company was forced to reduce the number of tables in operation, which on the one hand hampered growth in the second quarter, but on the other hand strengthened the margin. According to the CEO, capacity is now on the rise and he expects the number of tables to return to the “peak level” again at the end of 2020 or the beginning of 2021. Whether the current margin level is sustainable over time, however, the CEO does not want to comment .

Evolution Gaming has a long history of exceeding analysts’ expectations, and the last three corona quarters have been extra awkward for the experts, but also for the company. Ahead of the year, Martin Carlesund set a goal of reaching over the 2019 margin of 50 percent. With nine months completed and a margin of 61.5 percent, that is the goal in port.

“We thought it was a good goal to strengthen the margin. Of course, with the figures we have today, one can think that it was wrong or right, but I am satisfied with both the guidance and the result,” says Martin Carlesund, who believes that it is in the nature of the matter that prophecies are difficult in the case of Evolution.

“The difficult thing to take in is that a company of our size grows 48 percent with a scalable business model,” he says, adding that the leverage between growth and profitability will be so high and that it is better to be on the cautious side.

When trading on the Stockholm Stock Exchange began on Thursday, the share rose, but then turned into a decline. The report exceeded analysts’ expectations on all points, but at the same time the company announced that German revenues account for between 5-10 percent of total revenues, which was a slightly higher share than the 5-7 percent that, for example, Pareto’s analysts had previously assumed.

These revenues will be affected by the German transitional rules prior to a re-regulation in July 2021. According to the rules, operators wishing to apply for a license may not offer table games. On the total revenue, however, the company believes that the transitional rules will have a limited effect.

The reason why not all revenue from Germany is expected to be erased is that some revenue comes from what is classified as slot games, which will be allowed, in addition, the management at the report presentation indicated that not all operators will try to get a license in 2021, which implies that some will continue to offer Evolution’s live tables even during the transition phase.

During this morning’s report presentation, however, the stock market calmed down and the price climbed steadily upwards and at 10 o’clock was back on the plus side with an increase of just over 1 percent.

Pareto Securities on $EVO: "We expect share to reach new ATH today as Evolution again show what a fantastic company it is. Buy TP SEK 812" Not exactly ATH yet, but I think it's only a matter of time. I don't think we will see EVO trade under SEK 700 for å while tbh 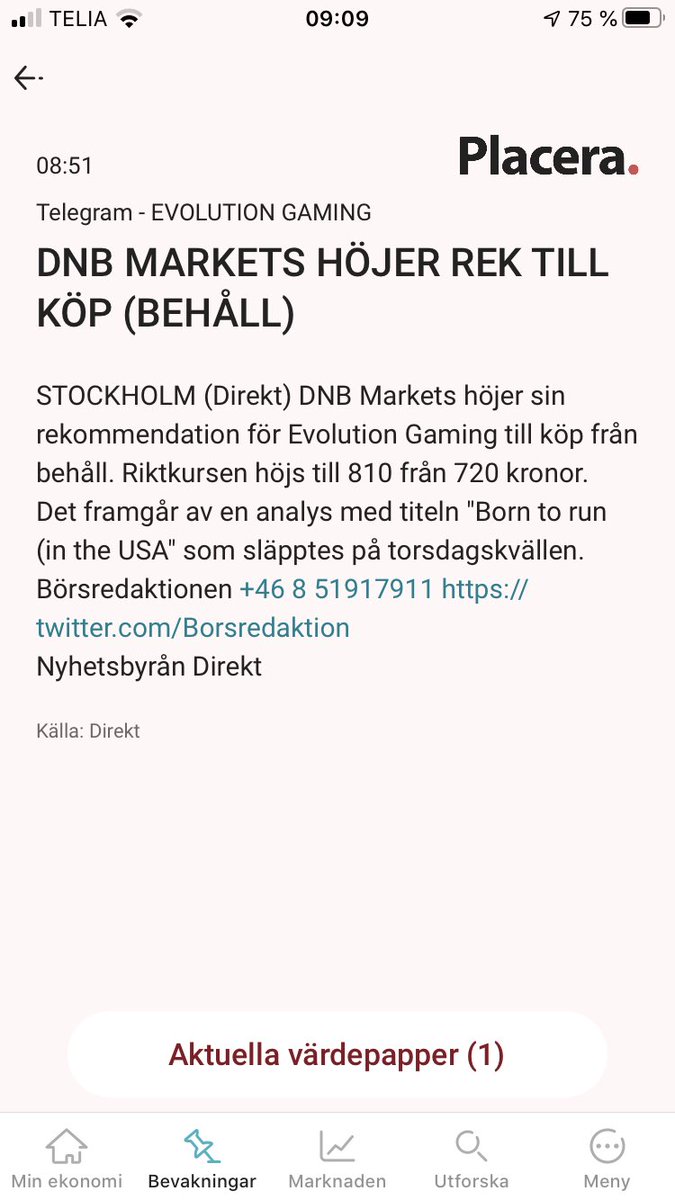 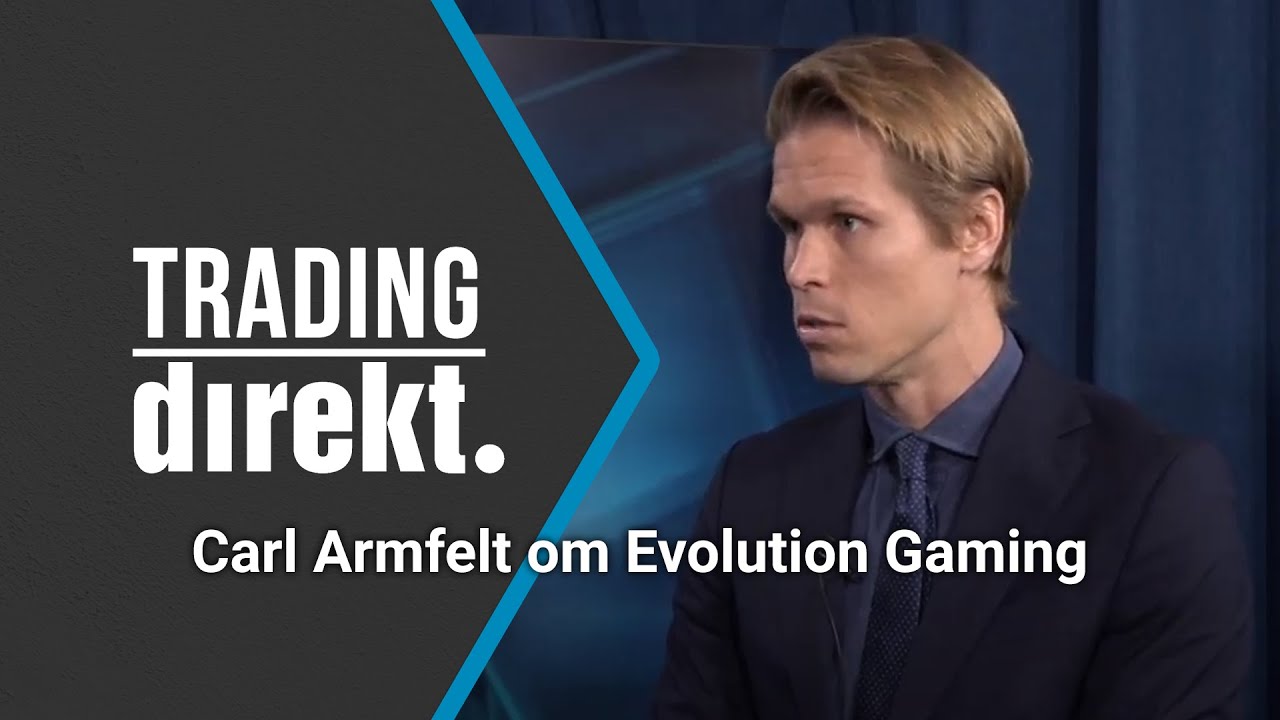 Germany is on its way to be the next regulated market in Europe. As of July 2021, online casino games, as well as other games will become regulated. However, until July 2021, the transition period will take place and several operators will stop operating Live Casino. We expect this to have a negative effect on our revenue during the transition to quantify the impact on our revenue system at this time, but an indication is that the German market is around 5% to 10% of our revenues. Important to emphasize is that the move towards regulation in Germany is positive for Evolution, always there will be a notch in the revenue curve during the limited starting [ph] time. In the long run, we expect the German players to return and Live Casino licenses are awarded in July. Regulation of Germany is positive.

Gross gaming revenues (GGR) from the US market increased by 313% Y/Y and accounted for more than 10% of total Group GGR in the quarter. We remain very excited about the US opportunity and have continued to expand our footprint by signing important customer deals with operators such as DraftKings, William Hill, Tipico, Wind Creek, BetMGM and The Cordish Companies.

During the quarter we continued to invest in our strategic growth areas USA, Red Tiger and Live Casino, while driving cost and revenue synergies from the ongoing integration between NetEnt and Red Tiger. A number of important activities in the third quarter are expected to have a positive effect on earnings in Q4 and onwards, including:
• Market entry in West Virginia in October as the first third-party supplier.
• Expected early entry in Michigan when the market opens.
• Launching Red Tiger’s games in Pennsylvania under NetEnt’s license. Go-live is expected in November.

1/13 Okay, this will be a little bit of an unconventional move on my part #FinansTwitter. I've decided to first do a SFVM on $EVO without $NetB, i.e. this one, in case the deal does not go through. This thread will be followed up by a pro-forma SFVM thread with EVO + NetEnt https://t.co/XzXbHzesJY 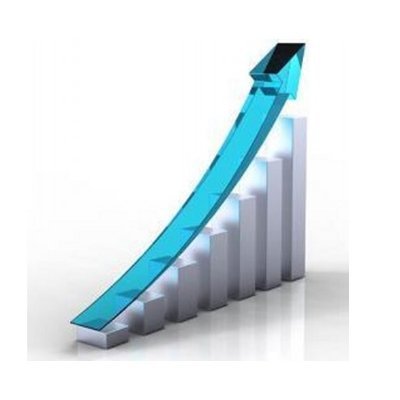 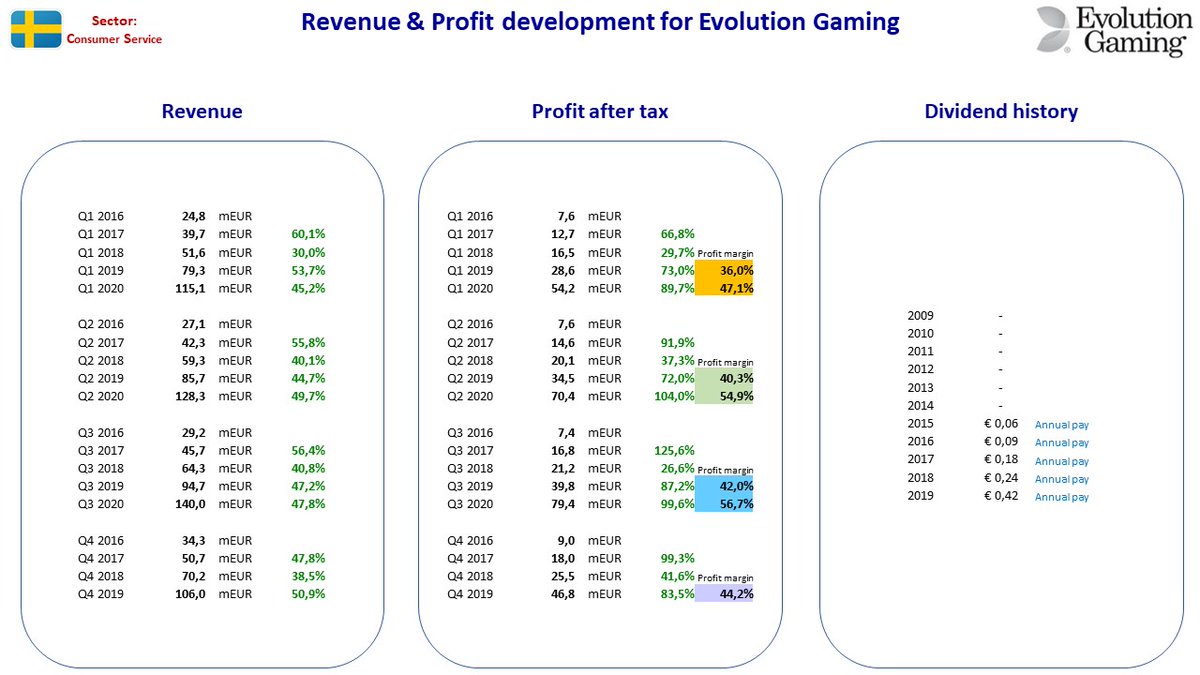 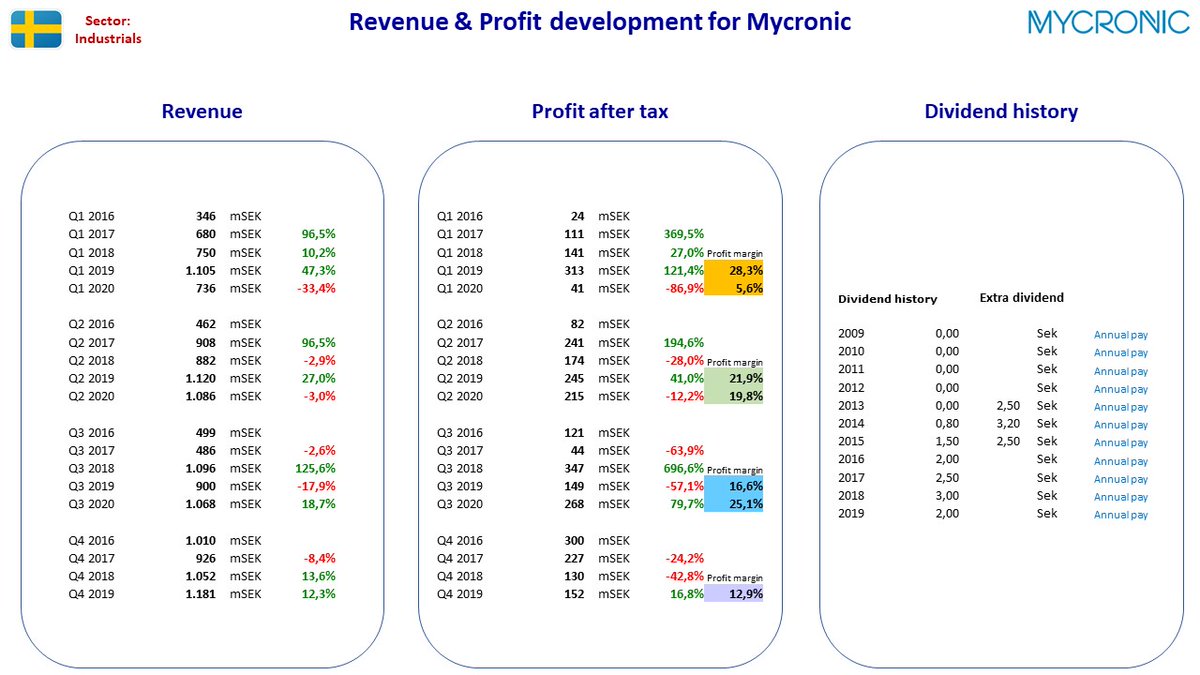 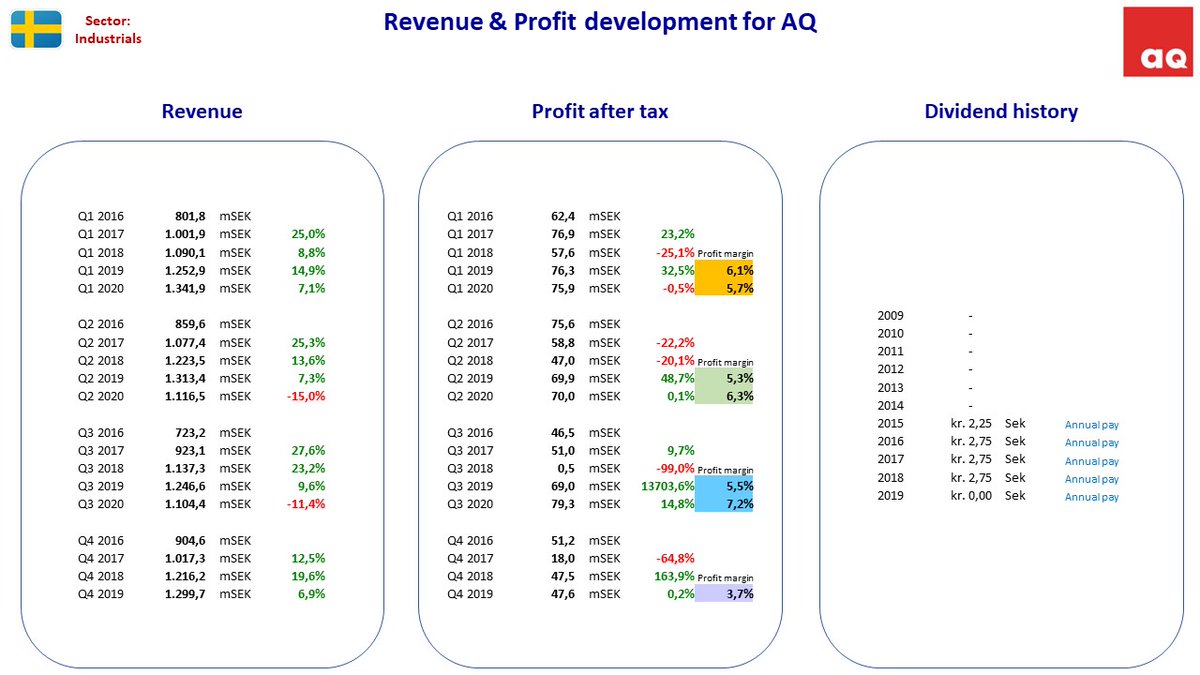 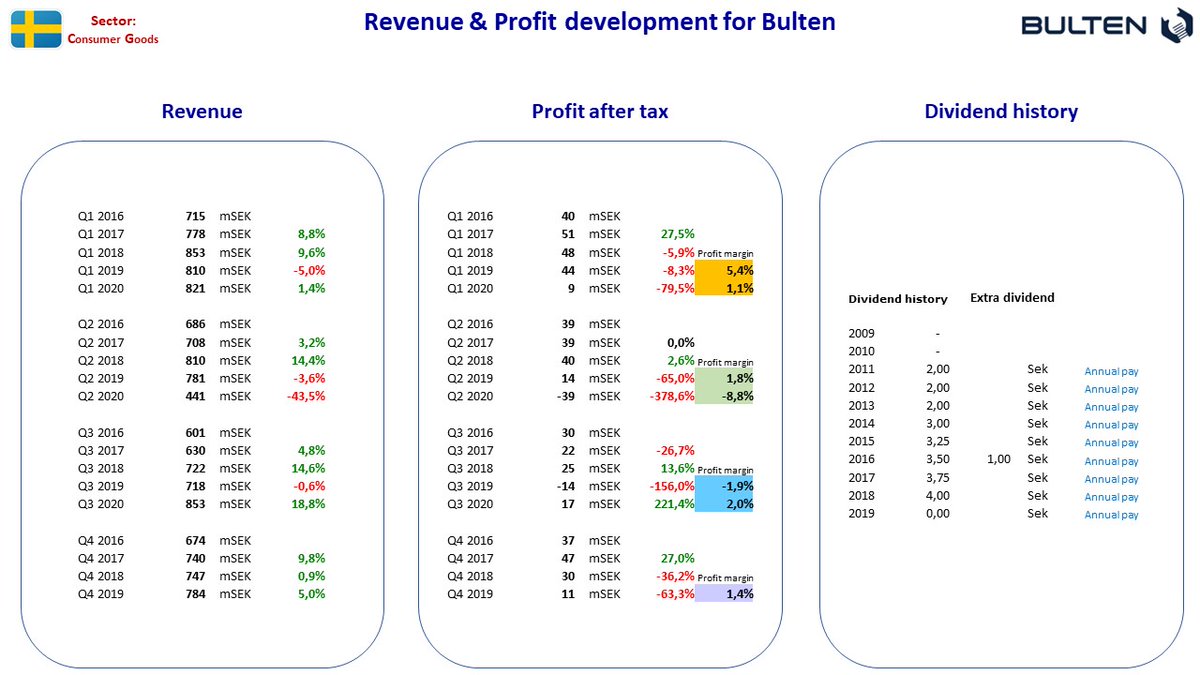 Redeye has a positive view of Evolution´s bid on NetEnt. The addition of NetEnt´s top-notch slots offering and one less competitor within the Live Casino vertical is a gaming changer not only for Evol...

However, no serious operator could say no to both Evolution and NetEnt as it would miss out on both the best live casino offering as well as the best slot offering.

All in all, we regard the merger as value-adding for Evolution, and we will have to make substantial estimate changes. As a result, we will make a thorough research update to capture the full impact of this game changing bid and we will most likely increase our fair value.

Redeye is again impressed by the development of Evolution and especially the growth pace on the Asian market. The profit margins are also reaching new all-time highs as the business scales, and the nu...

All operators need Evolution´s and NetEnt´s offering to offer a competitive offering to its players. As a result, Evolution will dominate the online casino supply chain, and we can expect the profit margins to remain on a very high level in the foreseeable future.