…
For example, the UK Competition & Markets Authority (CMA) has released an “Issues Statement” outlining the wide range of topics it will cover as it considers whether the merger “may be expected to result in a substantial lessening of competition (SLC)” in the UK.

It will look at the container lifting equipment markets in detail and examine a range of “horizontal unilateral effects.” Its investigation so far “suggests” that impacts of the merger will include:

- The merged entity being the leading RTG supplier in Europe.
- Combining two of the main four RTG suppliers in the UK (the other two being ZPMC and Liebherr).
- Combining the “pre-eminent” ASC suppliers in Europe over the last ten years.
- Reducing ASC suppliers in the UK to three main companies, along with Kuenz and ZPMC.
- Creating the largest supplier of reach stackers in the UK, Europe and globally.
- Removing two “close alternatives” in reach stackers in the UK, where Konecranes and Kalmar compete with Hyster and Sany, and “to a lesser extent with CVS and Liebherr.”
- Creating “by far the largest supplier of heavy duty forklifts of more than 10t and particularly of forklifts with a higher lifting capacity, on a Europe-wide and UK-wide basis”. Alternatives for UK customers include Hyster, Sany, Linde and Svetruck.
- Creating the largest ECH supplier in Europe and UK, with the other main suppliers in the UK being Sany and Hyster.
…

The biggest “substantial lessening of competition” (SLC) in the port sector is in the straddle carrier market. The UK CMA said that the evidence available to it shows that: “(a) the Parties are the two main suppliers of straddle and shuttle carriers, with a combined share of supply of nearly [90-100%] on a UK-wide, Europe-wide and global basis; and (b) the Parties’ offerings are close alternatives for UK customers, with ZPMC being the only other supplier with any recent record of bidding for UK customers (with ultimately no success).”

The CMA is, therefore, discounting Liebherr as a straddle carrier supplier. Liebherr entered the straddle market around 10 years ago and sold machines in New Zealand and Ireland, though it is not known to have booked any orders over the last two years.

There is no avoiding the conclusion that the merger meets the CMA’s balance of probabilities test for an SLC in the straddle carrier market. The CMA would then consider what remedies might be appropriate, and whether a loss of competition would be balanced by other benefits of the merger.

The UK regulator is also taking a closer look at the vertical supply chain in equipment production and the issue of “input foreclosure” in the spreader market with regard to Bromma spreaders for yard cranes, mobile harbour cranes and mobile equipment spreaders.

In this regard the CMA wants to look at Bromma’s “market power upstream” and the extent to which a merged company “would have the ability and incentive to stop supplying crane spreaders or worsen the terms of supply” for other crane OEMs that use Bromma, making mention of Liebherr and Kuenz.
… 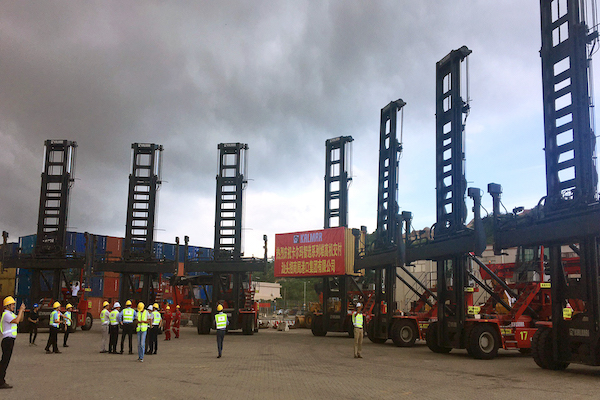 China’s competition authority has given the merger an unconditional approval, but other countries are taking a much closer look at the implications.

"On the face of it this is a negative factor for a competition review, as a merger would create a near monopoly supplier. However, the companies assert that this is not the case and assert that “the Proposed Transaction will not substantially lessen competition in the supply of straddle carriers” for five main reasons:

1. The current concentration is historical, and historic market shares “do not reflect current or future market dynamics and are not an adequate proxy for the Parties’ and their competitors’ current and future market positions”.
2. The straddle market is a “highly competitive global bidding market…facing significant and growing competition from Chinese suppliers such as ZPMC and other Original Equipment Manufacturers (OEMs) such as Liebherr.”
3. Customers have significant buying power and can easily switch between OEMs
4. There are no insurmountable barriers to entry, as Liebherr and ZPMC have demonstrated, and there are “several players who already supply straddle carriers regionally or who are active in neighbouring container handling equipment and heavy machinery markets that are “well placed” to enter the straddle market
5. Competition from other equipment types also constrains straddle carrier suppliers from anti-competitive behaviour.

With regard to the straddle market in the future (which a competition review must assess) Cargotec and Konecranes place a lot of emphasis on the rise of ZPMC. And not without good reason; ZPMC has stated it would set up a straddle production line in Nanhui capable of producing 200 machines a year, and its cost advantages and power as a state-owned entity have been amply demonstrated in the STS and yard crane"markets over the last decade." 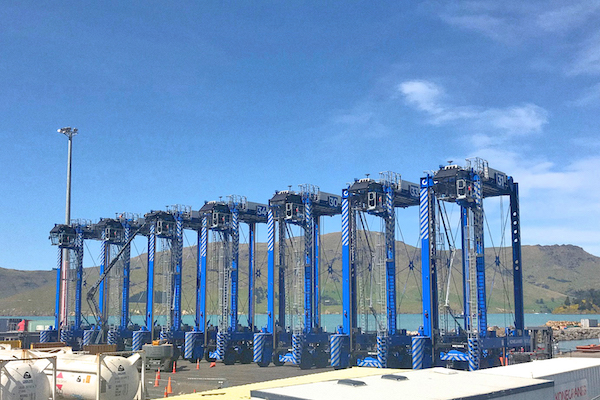 Companies make the case to a competition regulator that a merger “will not substantially lessen competition in the supply of straddle carriers” due to the rise of ZPMC.

“There are generally no actual or perceived quality concerns regarding straddle carriers (and other equipment types) from non-Western suppliers. Amongst others, this is evidenced by the successful market entry of ZPMC in Europe and other parts of the world. Straddle carriers are relatively uniform products that are very similar all over the world.”

Todellakin mielenkiintoista luettavaa ja antaa kattavan kuvan satamakoneiden markkinatilanteesta. Esimerkiksi Sanyn R&D panostus on ollut aika huimaa (s. 54):
Chinese players are also investing heavily in R&D in order to be able to offer innovative features. For example, Sany invested USD 1.6 billion in a global R&D centre in 2011 in relation to container handling equipment. Sany is at the forefront of reach stacker innovation. In 2018 Sany developed a fully electric reach stacker which is the key innovative feature available in the market90 and in 2020, it presented the world’s first fully electric empty container handler for which it received industry awards. 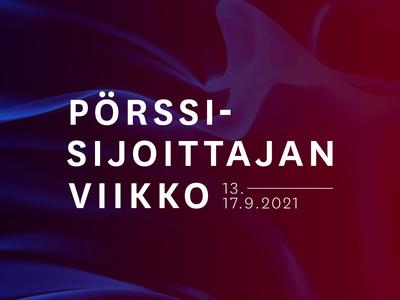 EU antitrust regulators have resumed their investigation into the merger of Finnish engineering firm Konecranes and cargo handling machinery maker Cargotec after a near-two-month temporary halt, with a decision due by Jan. 13.