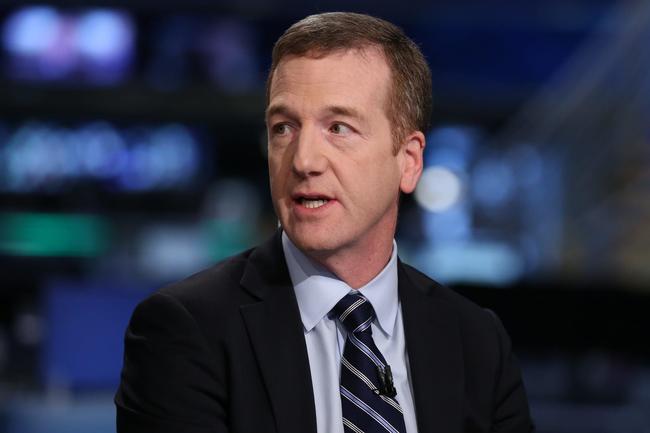 Why Wall Street's "Most Accurate Analyst" Expects Another Market Correction...

In the near term, stocks are elevated and may have to contemplate a second wave in the absence of a fiscal deal and before the vaccines can be widely distributed

The biggest question, however, is whether now that the resistance trendline has been broken, does Wilson think it’s time to take profit or go even longer. The answer is two-fold.

As Wilson writes in Morgan Stanley’s latest “Sunday Start” note, his target over the next 12 months is another 10% upside in the S&P, “as earnings continue to surprise on the upside, thanks to better top-line growth next year combined with extraordinary operating leverage – a typical feature of the first year coming out of a recession.”

However, at the same time, he also cautions that in the near term he sees the risk of yet another drawdown in stocks, which would be the third 10% correction since September. This will be catalyzed by the market’s realization of the “bad news” that “the vaccine won’t be ready for mass distribution for another 3-4 months as case counts and deaths increase.” Still, once this small correction is in the rearview mirror, which perhaps may even trigger additional Fed easing during the Dec FOMC meeting when the Fed is expected to extend the maturity of its TSY purchases, Wilson remains “a steadfast bull on a 12-month view in terms of both the earnings outlook and the market.”
…
This means that " the real opportunity next year for investors is likely to take place below the surface in smaller-cap stocks that have greater sensitivity to what is likely to be a very strong economic recovery. Along these same lines, financials, consumer services, materials, industrials and cyclical technology stocks should do best."

Bottom line, 10% upside to stocks from here, or roughly in line with expectations from Goldman and JPM, however the upside will take place not under the leadership of the mega tech names which benefited from plunging real rates, but on the back of cyclical names. AstraZeneca (AZN.LN) said its COVID-19 vaccine candidate met its primary endpoint showing protection from COVID-19 occurring 14 days or more after receiving two doses of the vaccine. One dosing regimen showed vaccine efficacy of 90% when AZD1222 was given as a half dose, followed by a full dose at least one month apart, and another dosing regimen showed 62% efficacy when given as two full doses at least one month apart. No serious safety events related to the vaccine have been confirmed. AstraZeneca will now immediately prepare regulatory submission of the data to authorities around the world that have a framework in place for conditional or early approval.

Catalent, which is already helping the British pharma make its vaccine, will now add key services from a Maryland gene therapy plant.