Xiaopeng Motors’ CMO (Chief Marketing Officer) Xiong Qingyun has recently resigned due to personal and family reasons, and that this post has not been taken over for the time being.

Up to now, there are only two “CXO” positions left in Xiaopeng Motors, namely CEO (CEO) He Xiaopeng and CHO (Chief Human Resources Officer) Liao Qinghong. Liao Qinghong previously served as an executive of Huawei and Qihoo 360 Group.

Xiong Qingyun is one of the first batch of “Procter & Gamble” talents. He was once the highest-ranking Chinese executive in P&G Greater China. He left in 2015 and served as the vice president of P&G Greater China Meishang Division. Later, he joined JD.com as the senior vice president of the group. He was transferred to Chief Brand Officer a year later, and joined Xiaopeng Motors as CMO in 2017, responsible for Xiaopeng Motors’ marketing and brand public relations.

Xiong Qingyun’s resignation had long been foreshadowed. Xiaopeng Motors disclosed 16 executives including directors in its IPO prospectus published in August last year, and Xiong Qingyun is not listed.

“LatePost” learned that after He Xiaopeng’s retreat in late February this year, the marketing and brand public relations business that was originally in charge of Xiong Qingyun underwent an organizational structure adjustment.

The entire sales system has established two platforms: a marketing platform and a brand public relations platform. At present, the heads of the nine major departments in the system have formed a project investment committee, and vote on projects with a budget of more than 500,000 to decide whether to implement it.

A Xiaopeng person said that after the adjustment, a group of high P have left their jobs one after another. Xiaopeng Automobile’s talent system is aligned with Ali, and is divided into P-sequence positions and M-sequence management positions for pan-technical and professional capabilities; executive positions such as sales, marketing, and public relations are all included in the P-sequence.

Last year, the actual sales volume of Xiaopeng Motors was 27,000, lagging behind Weilai and the ideal 44,000 and 33,000 in the same period. From the perspective of the external competition environment, Xiaopeng Motors’ volume model P7 directly competes with Tesla’s domestic Model 3, and is most affected by the frequent price cuts of the domestic Model 3 among the three US-listed new-build car companies. This year, if Xiaopeng Motors is to achieve the goal of 100,000 vehicles, it means that annual sales will increase by 270% over last year.

Automotive is a scale-driven industry. Under different cycles, the scale of production and sales will affect company performance. From the perspective of sales outlet expansion plans and the pace of new product launches, sales promotion is one of the priorities of Xiaopeng Motors this year.

Xiaopeng Motors President Gu Hongdi said on the 2020 earnings conference call that in the next three quarters of 2021, new products will be launched every quarter, so overall sales will show a chain growth trend.

In addition, this year Xiaopeng Automobile also hopes to nearly double its sales outlets to about 300, covering 110 cities. The number of overcharging stations has been expanded 3 times to 500, covering 200 cities. In comparison, Weilai had 226 sales stores last year, covering 121 cities across the country; SAIC-GM has more than 1,600 dealer stores.

The transformation of traditional auto companies is accelerating, technology companies are building cars off the field, and the competition on the new energy car track is becoming more and more fierce. Xiaopeng Motors needs to accelerate the expansion of scale to maintain its first-mover advantage. On March 30, Xiaomi Group , the shareholder of Xiaopeng Motors, officially announced that it will build a car . The founder of Xiaomi, Lei Jun, said that Xiaomi Motors will be the last major entrepreneurial project in his life.

At 4:35 am the next day, He Xiaopeng posted a circle of friends: Life is short, so you should have more courage to pursue your own excitement. We have to applaud the brave, no matter what the result is, when more and more people are like this, the world will be brighter. (Cheng Xiaoyi)

Chinese EV Stocks: Why NIO, XPEV and LI Stocks Are Stalling Out Today

Today, the stock prices of a range of Chinese EV stocks are down big, as investors price in some pretty serious headwinds into these stocks.

XPeng said to be developing its own chip, expected to tape out as early as...

XPeng Motors has launched its own chip project several months ago, working simultaneously in China and the US to focus on a dedicated chip for autonomous driving, 36kr reported Wednesday.

Muun muassa:
Analysts at Deutsche Bank view the company as “well-positioned to sell meaningfully higher volumes in the coming months/quarters with the introduction of its [lithium-ion phosphate] LFP trims and note there was a local media report indicating that the company has an internal target aiming for 100,000 deliveries this year, materially above our/consensus
https://capital.com/electric-car-stocks-to-invest-in-2021
Siinä paljon kiinnostavaa

When Xpeng (NYSE: XPEV) premieres its P5 smart electric vehicle (EV) at a press briefing in Guangzhou, China, on Wednesday, it will mark the automaker’s third production model … and will be the first one to feature lidar sensors to enhance its advanced driver-assist systems. … Xpeng says the P5 will be the first mass-produced smart EV with automotive-grade lidar technology, which bounces laser-light pulses off of objects to measure the time it takes for the beams to reflect back. It promises to become a key technology for autonomous vehicles. 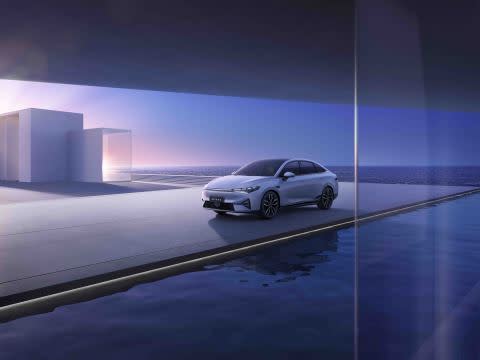 “ The new XPILOT 3.5 architecture is the strongest autonomous driving system in production cars.” 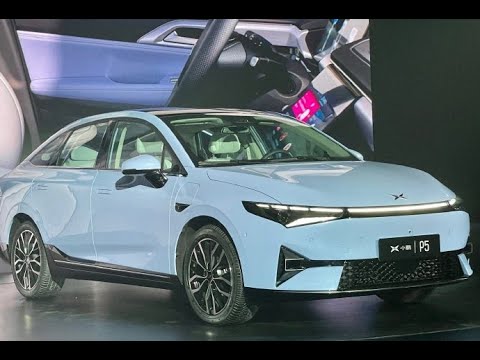 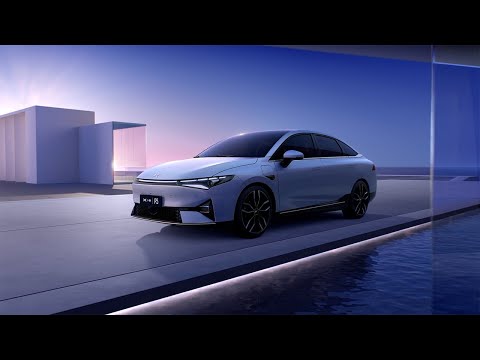