KYC Providers Have The Power to Change The World & Here’s Why...

What if I told you that most e-KYC providers do not utilize their capabilities to their full potential?

The new agreement has a direct order value for ZignSec of at least SEK 1.7 million and the deal is a further development of a jointly developed service for the German market, where ZignSec delivers world-leading electronic customer knowledge (e-KYC) for individuals and companies.

The expanded partnership between ZignSec and SCHUFA reaches a new milestone with this deal and the technical infrastructure for a broad market use is now in place.

The order value for ZignSec is at least SEK 1.7 million for four months’ work and is then assessed to have the potential for a significant order value in 2021, as ZignSec takes part in variable revenues generated from all customers who join the service.

Comment from Timm Schneider, CEO of ZignSec:
“I am very proud that SCHUFA are so pleased with our partnership that they have chosen to expand our collaboration with this new order. Not only does it have a large initial order value but it will also generate significant revenue for us for a long time to come. ” 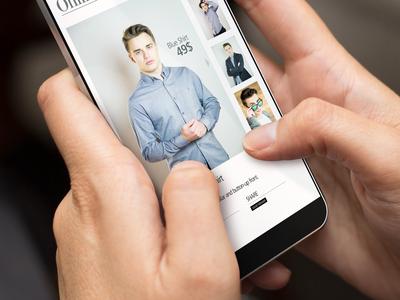 ZignSec’s third quarter 2020 was defined by
an increased demand for digital
verification services during the ongoing
pandemic. Our net sales have increased by
178% during the quarter compared to the same
period last year. At the same time, we have made big
progress with new customers and partners in
many different continents, acquisitions and new ones
product launches.

We have communicated that ZignSec not only
should have a strong organic growth but also
an acquisition-driven strategy. During the third
quarter, we completed the acquisition of Basis ID,
an ID verification company with offices in Tallinn
and Singapore. The acquisition is an important one
strategic milestone for ZignSec as we
now has secured advanced technology and a
experienced team in one of the fastest growing
segment of our industry. In conjunction with
acquisition, we carried out a private placement
which brought in SEK 40 million to the company, which does
that we are strongly equipped for the future.
Since I took over as CEO earlier in the year
In 2020, we have focused to a large extent on one
further geographical expansion. I am pleased
therefore to see that many of our new partners
and customers are in several different parts of
the world. At home we can be proud of
to now have the online auction platform Tradera on
our customer list, in Africa we have signed
partnership agreement with SimbaPay, in Asia with
Unicapital Group, and in South America with
the software company Click. This demonstrates
how scalable and versatile our platform is.

During the period, we have also done great
progress regarding our product platform. The
great advantage for our customers to integrate
towards our platform is that it continuously
updated and growing. We have also launched one
brand new product in the form of a codeless
workflow manager for, among others, KYB
(corporate customer knowledge). The platform is
web-based and requires no integration
or knowledge in programming.
When we look ahead, we judge
the conditions for both acquisitions and beyond
geographical expansion as good. The
The current world situation requires some
fingertip feeling but we judge that we are
continued well equipped to continue our
growth journey even during more turbulent times.
I look forward to it with confidence
next quarter and wish everyone who reads
this good health and a nice winter.

When we look ahead, we judge the conditions for both acquisitions and beyond geographical expansion as good.

"we see hockey stick in the making"

Tradera.com is an online marketplace based in Sweden. It has more than 4 million weekly visits, over 2,5 million members and about 2 million listings (2017) on site every day, ranging from fashion, interior design to tech and collectibles. Although Tradera welcomes members from all over the world, most are Swedish. Tradera was originally based completely on auctions but today visitors can purchase both new and second hand items through auctions as well as fixed price listings. Tradera was founded...