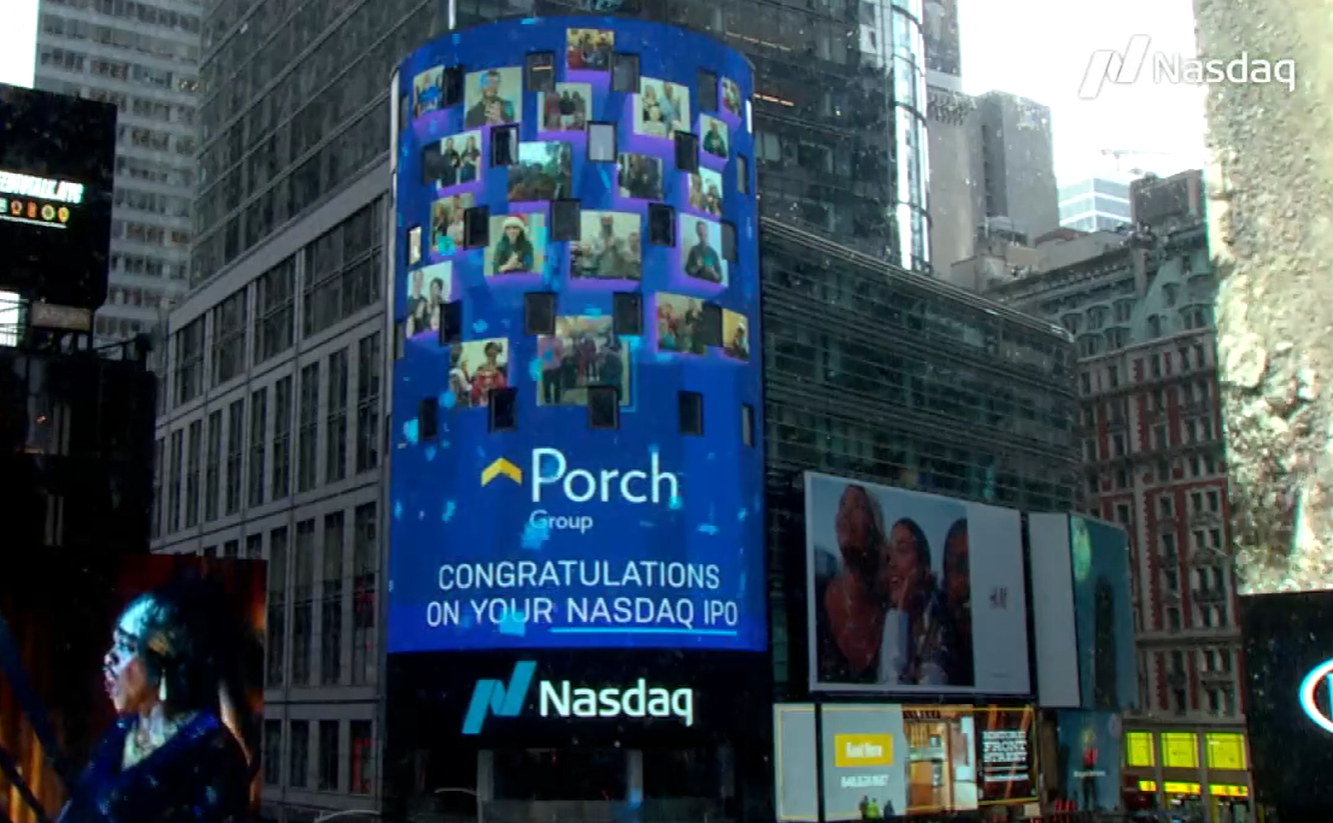 Serial entrepreneur Matt Ehrlichman was inspired to start Porch after encountering challenges during the construction of his family's home. Eight years later, he just took the company public from the…

Kovasti on asuntojen ostosta riippuvainen,täytyy tutkaista noita USA:n työttömyys lukuja sekä asuntomyyntiä.
“Porch’s business “took a significant hit” when the pandemic nearly froze homebuying in the early part of the year, before rebounding with the housing market in the second half of the year, Ehrlichman said.”

On siinä firmoja käyttäjinä,ovatkohan kaikki maksullisella lisenssillä. Mikäköhän mahtaa olla maksavien firmojen osuus lisensseistä?
" Porch has been building market share in software and home services through a series of acquisitions in recent years. It says about 11,000 companies use its software, offered through Porch brands such as HireAHelper and Inspection Support Network.
Under its new business model, companies can pay recurring fees to use the software, or they can use the software for free if they agree to provide Porch with access to information about home buyers."

Onko data oikeasti noin arvokasta?
" The initial investor presentation for the PropTech merger described this latter scenario as the company’s preferred option. Customers that share data are six times more valuable to Porch than if they paid for the software, according to the presentation."

The company has agreed to acquire Homeowners of America, a managing general agent and insurance carrier hybrid with recurring sales. HOA is licensed to operate in 31 states, positioning it for nationwide expansion as part of Porch.

Porch is acquiring V12, a Software-as-a-Service marketing and data platform with tools to help brands connect with consumers at key purchasing decision points such as moving. V12’s customer base generates about 90% recurring or reoccurring revenue.

Porch is acquiring HOA and V12 for a combined $122 million. Its two other acquisitions are that of PalmTech and iRoofing.

With these acquisitions, Porch lifted 2021 revenue guidance to $170 million from $120 million, compared with market projections of $120.1 million based on a single analyst estimate. The company said preliminary data show sales are expected to come in above $72 million in 2020, a year in which the firm sees its net loss ranging between $53 million to $55 million.

“We expect home sales in 2021 to come in 7.0% above 2020 levels, following a more normal seasonal trend and building momentum through the spring and sustaining the pace in the second half of the year. While home sales are expected to lose some momentum over the last months of 2020, the shallower than normal seasonal slowdown creates a higher base of activity leading into 2021 that is roughly maintained for the first half of the year. As vaccines for the coronavirus become broadly available to the public, and economic growth reflects the resumption of more normal patterns of consumer spending, home sales gain even more in the second half of the year.”