A manifesto has been unveiled to deliver a green industrial revolution in
Scotland with more than 5,000 new jobs, a major fabrication yard, and the
equivalent of up to £15 billion investment in floating offshore wind.

As partners, Ocean Winds and Aker Offshore Wind have launched a ten-point
plan to create a skilled workforce and manufacturing opportunities through the
supply chain for generations to come.

At the heart of the plan is the establishment of a major manufacturing plant in
Scotland for the fabrication and assembly of giant steel floating structures,
which would then be installed in the deep waters of the North Sea.

It would be the largest industrial innovation in Scotland since the dawn of the
oil and gas sector, positioning Scotland as a global leader in clean energy.

The two partners are working with the National Manufacturing Institute of
Scotland and the University of Strathclyde to develop a 3D immersive
visualisation of the fabrication yard where the Windfloat platforms and turbines
would be built, which would become an industrial powerhouse of international
significance.

The design is set to be promoted across the world early enough to identify
manufacturers and select the final location in Scotland for the yard, and
fabricators interested in setting up in Scotland are also being invited into
early discussions.

This is well ahead of the offshore wind project phase and will ensure that
Scotland’s fabricators would then be ready for the implementation of the
‘Scotwind’ leasing programme.

The joint ScotWind bids from Ocean Winds and Aker Offshore Wind could generate
investment of the equivalent of up to £15 billion if the partnership is awarded
up to three sites generating 6GW of wind energy in total.

Through direct work and supply chain opportunities, each proposal is estimated
to generate more than 5,000 jobs and 200 apprenticeships in Scotland across all
project stages, helping to deliver Scotland’s ‘just transition’ from fossil
fuels, as well as mobilising the oil and gas and engineering supply chain by
providing major new opportunities.

There would also be extensive investment in Scotland’s existing ports and
harbours, as well as innovative new subsea technology, to deliver the companies’
ambitions for up to 6GW of energy production through floating offshore wind in
the Outer Moray Firth.

More than 30 Memorandums of Understanding (MoUs) are now in place across the
supply chain in support of the bids and the early action needed.

Shell boss Ben van Beurden on COP26 - "we were told we were not welcome so we will not be there". 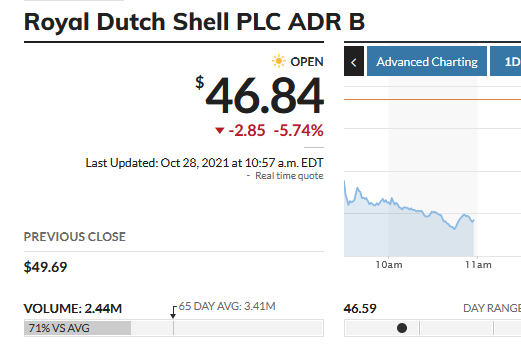 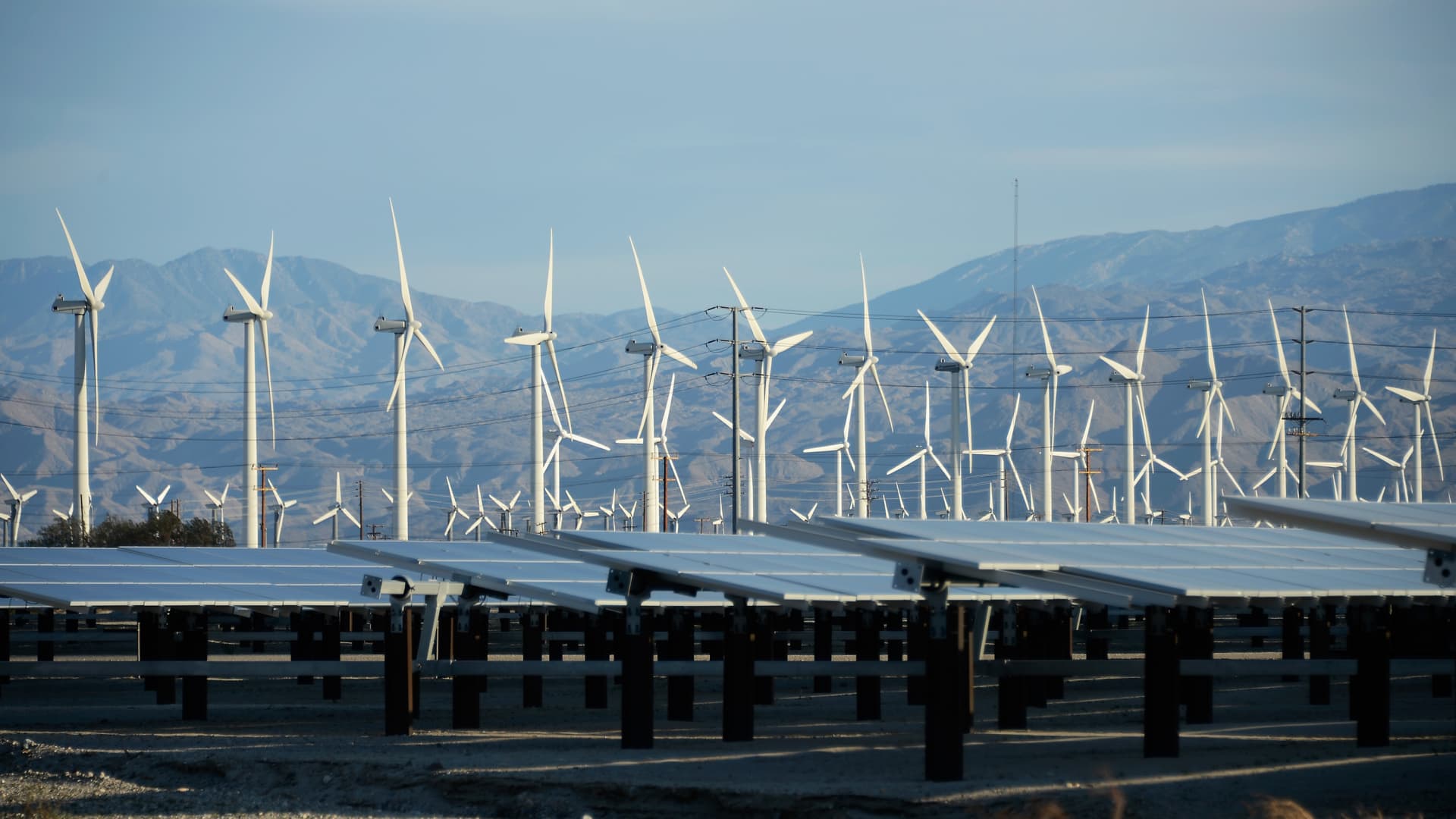 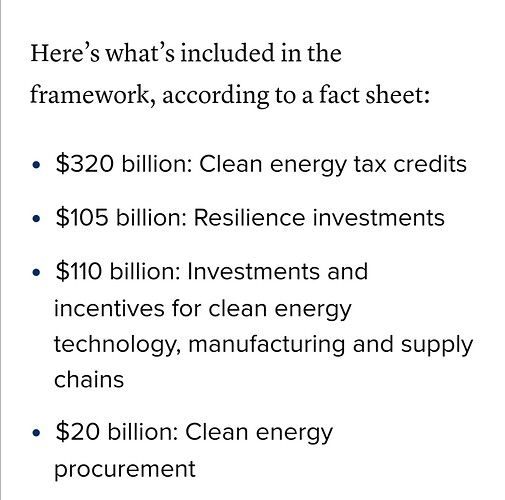 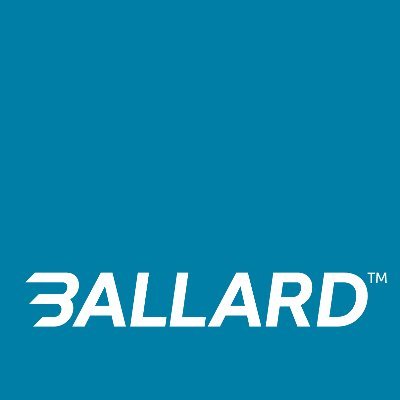 @BallardPwr
Project Win4H2 will develop a network of 50 hydrogen stations across Spain. The first route will connect Madrid, Valencia, and Cartagena and supply hydrogen within the three cities. bit.ly/3msvgYK

“made enough to cover dividends and debt service with room to spare.” Exxon and Chevron Are Flush With Cash Again. What They Plan to Do. | Barron's 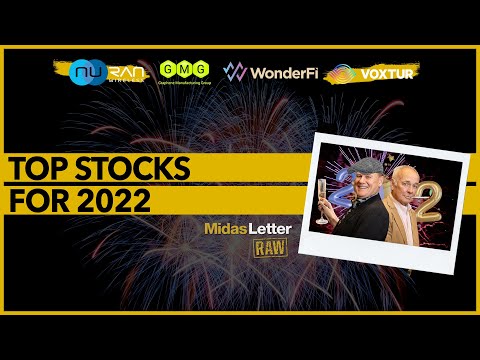 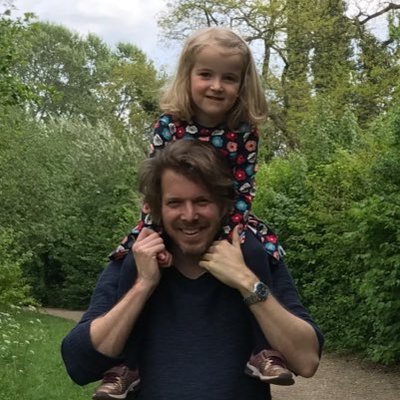 Arrangement Will Remove European Union tariffs and lower costs for American families Arrangement will counter flood of cheap steel by other countries, including the People’s Republic of China (PRC), that harms our industries and our workers Today,...

Steel and aluminum production are two of the most carbon-intensive industrial sectors, accounting for roughly 10 percent of all carbon emissions —comparable to the total emissions of India. A carbon-based sectoral arrangement will drive investment in green steel production in the United States, Europe, and around the world, ensuring a competitive U.S. steel industry for decades to come. 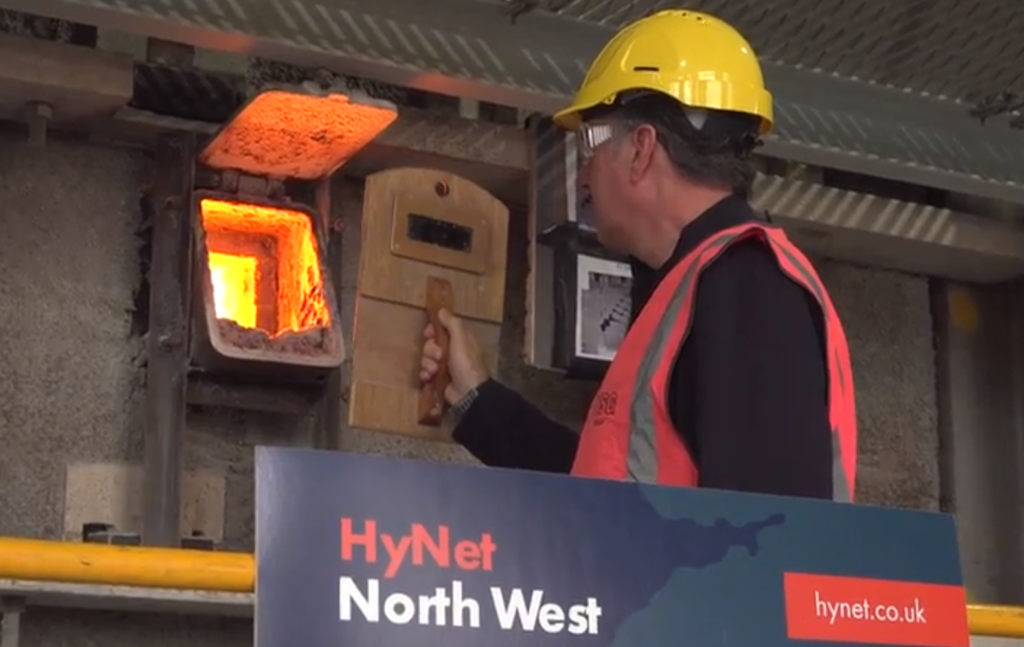 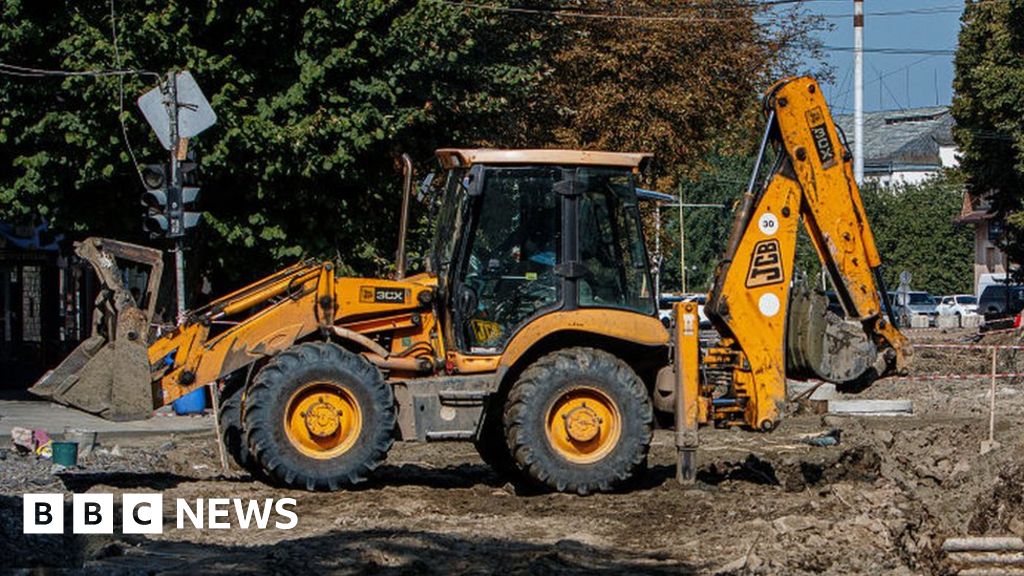 JCB will take 10% of the green hydrogen made by Australian mining company Fortescue Future Industries.

JCB, based in Uttoxeter, Staffordshire, also announced earlier this month that it was spending £100m on a project to produce “super efficient hydrogen engines” to power its machinery.

This latest deal ties in billionaire Lord Bamford and JCB with FFI, which is the newer renewables subsidiary of mining giant Fortescue Metals Group, owned by Andrew Forrest.

Mr Bamford is also the chairman and owner of Wrightbus, which built the UK’s first hydrogen double decker. 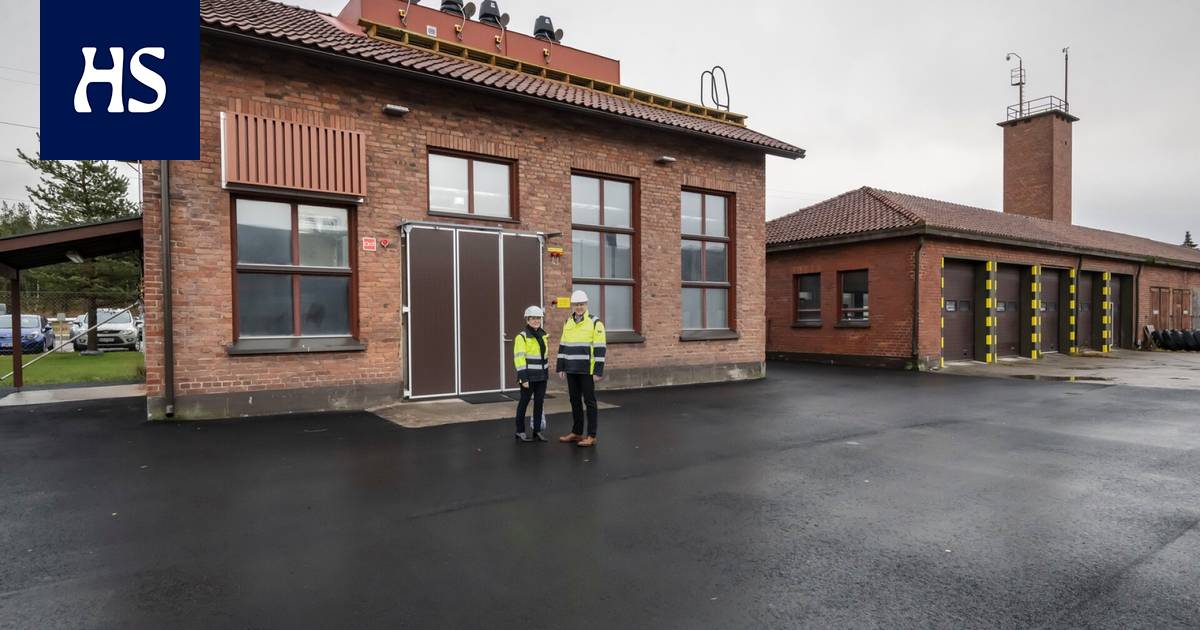 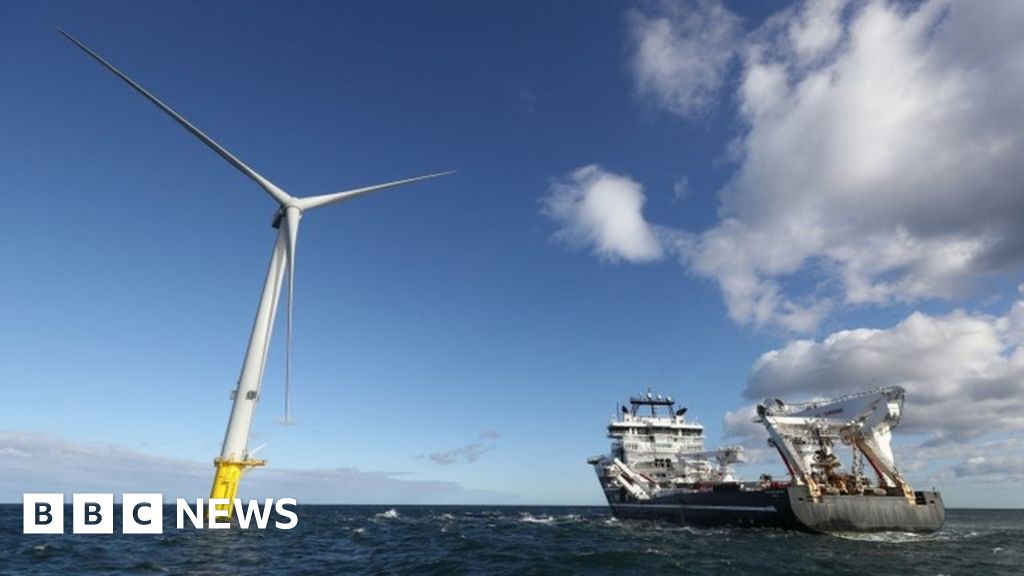 Countries that will sign the pledge cover more than 70% of the world's economy.

More than 40 world leaders say they will work together to turbo-charge the uptake of clean technologies by imposing worldwide standards and policies.

Its backers want to reassure investors that global markets will be created for green technology and that it is a good financial bet.

It is hoped that eventually the initiative will help draw in trillions of dollars in private finance for cutting emissions.

The five sectors that the plan will cover at first are steel, road transport, agriculture, hydrogen, and electricity. Also at COP today, world leaders, CEOs and philanthropists are expected to launch a series of new initiatives in support of the Glasgow Breakthroughs, including:

The launch of the UK-India led Green Grids Initiative – One Sun One World One Grid, endorsed by over 80 countries, to mobilise political will, finance and technical assistance needed to interconnect continents, countries and communities to the very best renewable sources of power globally to ensure no one is left without access to clean energy.

The Rockefeller Foundation, alongside IKEA Foundation and Bezos Earth Fund, launched the Global Energy Alliance for People & Planet with an initial $10 billion of funding from philanthropies and development banks to support energy access and the clean energy transition in the Global South, in strategic partnership with the UK-led Energy Transition Council.

AIM4C, a new initiative led by the US and UAE, with over 30 supporting countries, committed to accelerating innovation in sustainable agriculture, having already garnered $4 billion in increased investment in climate-smart agriculture and food systems innovation, including $1bn from the US.

The Breakthrough Energy Catalyst, headed by Bill Gates, programme aiming to raise $3bn in concessional capital to catalyse up to $30bn of investments in bring down clean technology costs and create markets for green products for green hydrogen, Direct Air Capture, long-duration energy storage and sustainable aviation fuel including £200m of UK support. Kawasaki Commits to a Future of Electrics, Hybrids and Hydrogen-Fueled...

Kawasaki announced an ambitious plan to release 10 electric or hybrid motorcycles by 2025 and go almost entirely BEV and HEV by 2035.

Some of the world’s biggest political and business leaders have met at COP26 in Glasgow ahead of the official launch of the First Movers Coalition on 4 November.